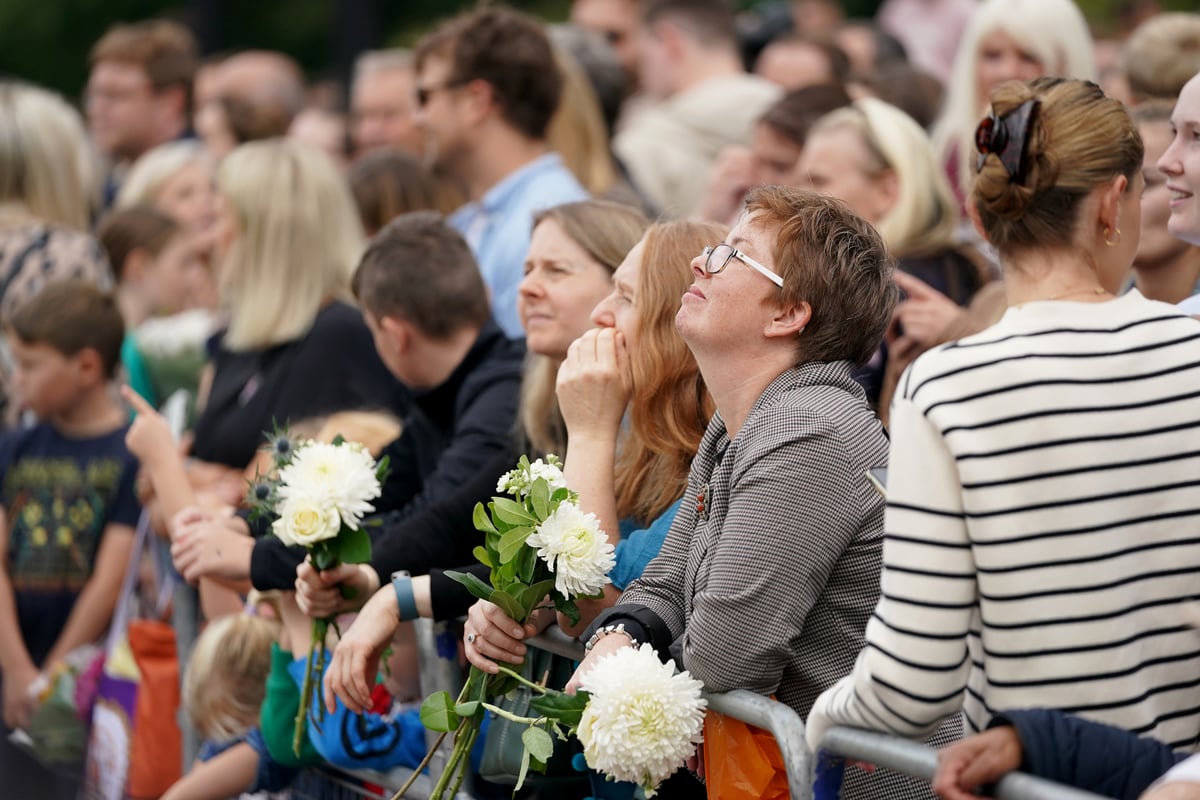 Weepers lined the streets of London to see the Queen’s coffin face the prospect of heavy rain.

Heavy rain is expected as the coffin is transported to Buckingham Palace on Tuesday.

But the Met Office said the rain was likely to give way to a “settled, fine” situation and a hot spell for a huge number expected to queue for the Queen’s lying in the country.

A Met Office spokesman said: “Anywhere south of the M4 there will be rain coming in today, possibly heavy later and overnight.

The “settled, nice, dry” conditions are expected to last until early next week.

“In terms of those outside the queue, the next 24 hours will see the most unsettled weather before things calm down with high pressure,” a spokesman said.

Those in Belfast on Tuesday for the King and Queen’s visit can expect dry conditions with sunny spells, the Met Office said.

After a short reception at Hillsborough, the King and Queen consort went to St Anne’s Cathedral for prayer and reflection.

The Princess Royal will accompany the Queen’s coffin as it is flown from Edinburgh to London by RAF aircraft to RAF Northolt on Tuesday evening. It will then be placed in the Bow Room of Buckingham Palace.

The monarch’s last state funeral at Westminster Hall opens to the public at 5pm on Wednesday and will be open 24 hours a day until closing at 6.30am on Monday 19 September – the day of the Queen’s funeral.

Watch stories that matter, right from your inbox.