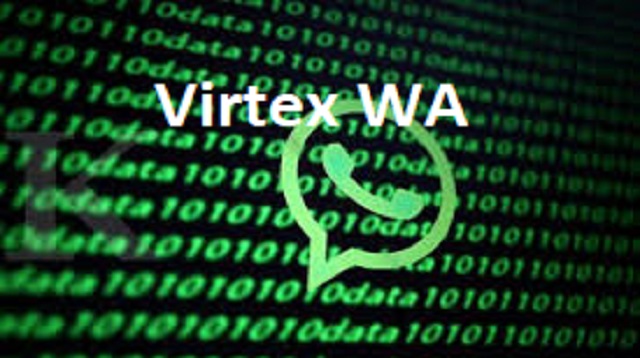 One of the forms of development of the times is the existence of applications for communication such as WhatsApp.

In this application, we can do different types of communication such as sending chat messages, voice calls and video calls.

But not all technology works properly, there are people who want to try stupid things with technology such as sending WhatsApp virtex messages.

With this WhatsApp application we can also prank our friends and make them panic, you know.

Can WA text virus make people’s cell phones lag? Yes, you can try copying and pasting the Virus Text below, but what you need to remember is that you need to understand what Virtex is and how it affects you.

What is WA text virus?

The textWA virus is a collection of unique codes, texts and symbols stacked in such a way that the WhatsApp application cannot read it under normal or normal conditions.

The result of sending Virtex is very harmful, especially if the sent is virtex.

The sender and recipient of WA text virus can experience damage to the mobile phone they are using, especially when the virtex is successfully sent to someone’s whatsapp contact.

First of all, the damage is marked by the Whatsapp application which lags, hangs, even exits itself from the application.

Knowing the functions of Virtex below will make many people more interested to try and prove that the use of these Virtex scripts is really effective or just nonsense.

Well, through this article we will provide some more virulent Whatsapp Virtex Scripts to prank your friends who like to go to jail by sending some annoying spam messages.

For more details, please see the information about Virtex WA below so that you can understand what WA text virus is.

As for the impact on the Virtex WA sender itself, it will not be fatal and is guaranteed to be safe as long as you use the right method.

The purpose of these posts is to make Virtex victims feel annoyed because they are being tricked by Virus Message Scripts.

Read More :   Did the main character die in House Of The Dragon Episode 5?!

There are some effects of Virtex WhatsApp itself that you should know, as follows:

One of the effects received by Virtex recipients is HP Lag or Whatsapp Lag application, because there it is marked by the appearance of a broken or stuttering effect when using the application.

These are the most common effects that occur when people receive Virtex WA shipments.

Meanwhile, to solve this, you can use WA Immune APK and remove the message so that the problem does not reappear later.

Hang is a situation where the mobile phone seems to stop working because it is stuck on the screen only here.

Also, the activities you do will not be responded to, the only way to solve this problem is to turn off your cell phone forcefully.

There are many ways to force turn off your cell phone because each brand of HP has different methods.

Hang is the most severe condition that can occur if the Virtex WA you send is Virtex Malignant.

Force Close can also be interpreted where the opened application exits itself without a command.

This effect appears due to excessive use of Ram, corrupted applications or infected with Virtex WA and other viruses.

Another effect caused by receiving Virtex WA shipments is that the HP becomes slow or sluggish.

Characterized by some processes such as opening the application but loading takes a long time, this can be categorized as a mild effect received by people who receive Virtex shipments.

The fix is ​​also very easy, you just delete the Virtex messages you receive.

By using Virtex WA, the damage caused to your cell phone can still be repaired in several ways.

For example, by using the WhatsApp Immune application and some other WA MOD applications, such as the GB WhatsApp application, Aero Whatsapp and others.

While the HP problems caused by Virtex shipments are also diverse, some have minor malfunctions such as lag and some cause severe problems.

As for WhatsApp virtex itself, there are several types, below are some of the most popular types of virtex and many people are looking for them.

Virtex WA is usually a text virus combined with unique and strange fonts and stacked into one unit.

The damage caused by this text virus is not very severe and can be categorized as mild virtex type.

This Arabic Virtex is much sought after because it is a mild type of text virus with the result that it can make recipient cell phone LAG.

This type of WA virtex is a combination of text, Arabic and certain symbols that are difficult to find or even read by the WhatsApp system.

The damage it causes is enough to make people lose track of what you’re doing.

Virtex Slayer can be categorized as virtex WA malignant, this type of virtex, people who send and receive virtex can experience a lot of lag when copying or opening a post.

Then you need WhatsApp MOD app to deal with this type of text virus on your mobile phone.

This type of WA virtex cannot be taken lightly, you must be careful to use it and do not carelessly because it can harm others, the damage it causes ranges from severe LAG to HP hang.

Here we have several copies of Virtex WA lag files ranging from moderate to deadly aka malignant.

After downloading you just copy and paste the virus text and send the WA message to the desired target.

Please download the script via the virtex link below:

There are 2 possible ways to send Virtex WA lag or malignant to a friend, first by copying the code and second via termux.

4.1 How to Copy the Virtex WA Code

Here are the steps to send virtex spam by copying virtex WhatsApp script:

4.1 How to Create Virtex WA in Termux Application

In addition to using the Virtex File provided above, you can also create your own Virtex WA Script with the Termux application, of course.

Here are the steps on how to create your own virtex in Termux:

This article is for informational purposes only and does not recommend any activity that may harm others.

The thing to remember is to use the WA Immune app to avoid lag on your cell phone because you can send virtex anytime.

That’s all the content of our article at this time Virtex WA. That’s good luck too.